June 18, 2015
Welcome to Real Life. Real Life can be painful, especially when it involves a childhood scarred by sexual molestation. Today’s guest post is by a friend who wishes to remain anonymous. 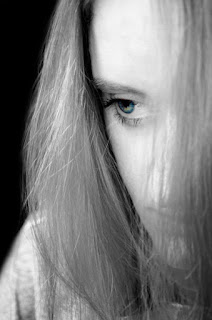 When I was a young girl I was molested by two of my brothers, my sister was also molested by one of them. It was a horrible experience. Every night I went to bed in fear, wondering if my oldest brother, who was an adult, would sneak in and fondle us. My sister and I told our mom about these visits, but she assured us he was just checking to be sure we were okay. She was naïve, and probably never imagined what was going on, nor could we clearly articulate what he was doing. Eventually, a lock was placed on our door and the visits stopped, but the fear of him has never gone away. That occurred when I was 12-15, the experience with my other brother started when I was younger. I was 9 or 10 at the time and he was probably 15 or 16, old enough for him to know better. Unfortunately, I didn’t know better, it was a game–our secret–and he gave me gifts.

I rarely speak about the things that happened to me as a child. When I came to Christ my past was put behind me, at least in theory. These experiences never leave you, but they don’t have to define you either. So I come to you as a victim of sexual abuse to share my response to Josh Duggar’s sin.

We live in a broken world. My family is about as broken as they come. My dad left while my mom was pregnant with me. Health and financial issues forced the separation of my many siblings, the oldest of which was 12 at the time. Children’s homes are tough places to grow up and most of my siblings had varying levels of abuse hurled at them over the next five years. Is that an excuse for how two of them treated me? No, but as I’ve learned more about what they faced as children I understand.

What I don’t understand is why my mom never believed my sister and me. I struggle with forgiving her for not protecting me. Maybe forgiving is too strong a word, but I certainly feel a wall went up between my mother and I that never could come down. As I became an adult, and grew as a Christian, I wondered if I should report my brothers, especially the one who was an adult at the time. They were, after all, sex offenders. I never did. I couldn’t bring that shame and disgrace upon my mom who had suffered enough in life.

So what about Josh Duggar? Josh is a sinner, just like my brothers, just like you and me. He made a mistake, confessed his sin to God, and then apologized to those he offended. What more do we want? What more can he do? Why are some Christians forgiven of their past and allowed to put their past behind them and move on, and others are treated as lepers?

Some comments about the situation challenge the validity of the counseling Josh received. I think this is where the responsibility shifts to his parents. Whether or not his parents should have dealt with the matter differently is not his responsibility. Should they have? Yes, but again let us not be too quick to judge them for protecting their son from a lifetime label. If he had been convicted of even a 4th degree sexual assault charge he could have gone to jail for 10 years and then been registered as a sexual offender for at least 15 years.

The sad reality is sexual abuse is much more common than you think. According to some studies 15% to 25% of women and 5% to 15% of men were sexually abused when they were children, usually by a relative or close friend. Sin is rampant. What happened to those girls Josh molested, and to me, was wrong. His sisters, like me, will endure a lifetime of shame, a loss of innocence, and distrust of a family member. Those wounds will always be there. They will hurt. But Josh, like my brothers, will hurt too. They will live with the shame and regret. I also know that I’m a sinner and have hurt those I love in other ways.

The wonderful message of Christianity is that God uses broken people. The apostle Peter, denied our Lord three times, and yet God restored him and used Peter to begin the early church. Josh Duggar is broken. I, for one, am anxious to see how God might use him to help others in the future.