The Lord is With You, Mighty Warrior | Judges 6 and 7

August 14, 2014
Welcome to Real Life. Have you ever been called to do something way over your head?


“But, Lord, how can I save Israel?” Gideon asked.

Again, the Israelites did evil, removing themselves from God and his protection. This time[1], the savage Midianites invaded. God’s people were so afraid that they hid in mountain clefts, caves, and strongholds. Finally, after seven years of misery, they cried out to the Lord. He sent help from an unlikely source.

Gideon was threshing wheat in a winepress (to hide it from the Midianites) when the angel of the Lord appeared and said, “The Lord is with you, Mighty Warrior.”

“Really? If God’s with us, why has he abandoned us into the hand of Midian?”

“I’m sending you, Gideon, to save Israel.”

“But, Lord, how can I save Israel? My clan is weakest in Manasseh and I am the least in my family.”

“I will be with you,” the Lord answered. We’ll do it together.

The Midianites and all their allies joined forces to attack Israel. They lay as thick as locusts over the Valley of Jezreel. The Spirit of the Lord came upon Gideon. He blew the trumpet, summoning Israel’s fighting men to launch a counter-attack.

But first, Gideon asks God for a sign. He doesn't want Israeli blood on his hands. So, he places a wool fleece on the threshing floor. And, he prays, “Lord, if you’ll save Israel by my hand as you promised, may the fleece be wet with morning dew and the ground dry.” It is so.

The stakes are so high that Gideon approaches the Lord once more. He lays out the fleece again and asks, “Let the fleece be dry and the ground covered with dew.” God does it.

That morning, Israel’s troops number 32,000. The Lord tells Gideon, “You have too many men.” He allows those who are afraid to leave. And, 22,000 walk away. The Lord says, “Still too many.” He has Gideon observe how they drink. Those who lap water hand to mouth may remain. Only three hundred are left.

Deep in the night, God awakens Gideon with these instructions: Equip the three hundred with trumpets, empty jars, and torches and surround the enemy camp. At your signal, have them blow the trumpets, break the jars, and shout “A sword for the Lord and for Gideon!” 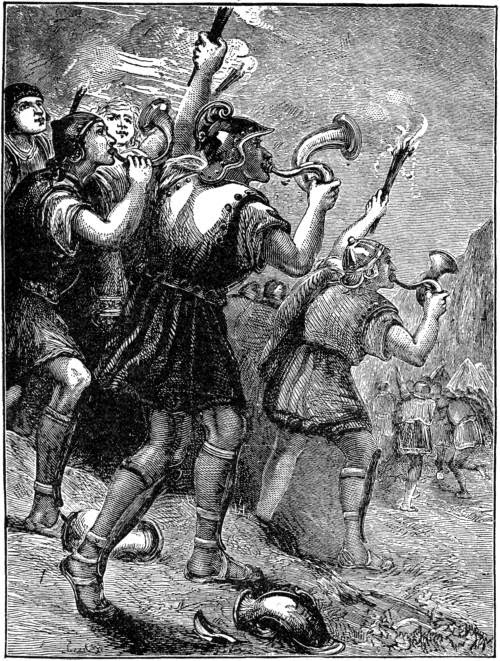 The enemy awoke in confusion and turned on each other with their swords. Then, they fled. Gideon sent for the remainder of Israel's army. They pursued and routed the Midianites, chasing them far from Israel’s borders. Victory!

God delights in using unlikely candidates. Gideon was no mighty warrior when God called him at the wine press. He was weak, insignificant, fearful, and lacked faith. Why did God choose Gideon? For the same reason he decreased the army: So Israel couldn't boast that she conquered Midian in her own strength. It was God!

The truth is that God could have done it alone, without Gideon or his army. But, he is a God of relationship. He chooses to work together with ordinary, flawed people—people like you and me. 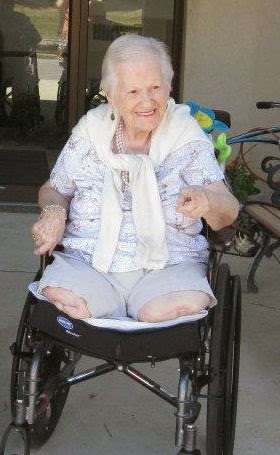 God uses the weak—even the very weak—to confound the strong. In the last years of my mother’s life, she lost both legs and suffered from dementia and confusion. Yet, her aides and nurses told me: I loved your mom. She prayed a blessing over my unborn child. She’d kiss me and thank me for taking care of her. I’ll miss her prayers. She encouraged me to go back to church. Mom was God’s mighty warrior in a wheelchair.

If the Lord can use Gideon and Mom, I have no doubt he can work through you and me.


The Lord is with you, Mighty Warrior!

Fear Gideon How can I save Israel? Judges Mighty Warrior The Lord is With You