April 17, 2014
Welcome to Real Life. On Good Friday, we reflect on Christ’s sacrifice. We do so knowing what's coming on Easter morning. But, the apostles didn't. Here’s how the events of that weekend might have looked through John’s eyes.

“My soul is overwhelmed with sorrow to the point of death,” he said to them. “Stay here and keep watch.”[1]

I've never seen Jesus so visibly shaken. It scares me. So, I stay and try to pray. But, the hour is late. I fall asleep along with the other disciples.

I’m just beginning to dream when I’m awakened by angry voices and the light of torches. A mob is approaching. Can it be? Is that Judas leading them? What’s he doing? He greets Jesus as he normally does, with a kiss. Yet, something’s horribly wrong.

“Am I leading a rebellion,” my Lord asks, “that you have come out with swords and clubs to capture me? Every day I was with you, teaching in the temple courts, and you did not arrest me. But the Scriptures must be fulfilled.”[2]

The guards grab hold of Jesus. That’s when the realization hits. They’re actually going to arrest him. Peter’s up and drawn his sword before I can get to my feet. He slices off the ear of Malchus, the high priest’s servant. He howls in agony. For a moment, everything stops.

“Put away the sword, Peter,” Jesus says, “Shall I not drink the cup the Father has given me?”[3] He reaches out and touches Malchus’s wound. The ear is completely restored. Though I’ve seen Jesus heal hundreds of people, I’m still utterly amazed.

Certainly, they won’t arrest him now, after this. But, I'm wrong. They start to drag my Lord away. Fearing I’ll be next, I take off running with the others.


Peter slows to a stop. “I’m going after them,” he says, “I told Jesus I’d die for him. There must be something I can do.” I agree and go with him.

We follow them to the courtyard of the high priest Caiaphas. After a hasty trial, they take Jesus to Pilate, the governor, who orders him scourged. Roman soldiers are known for brutality. I begin to pray.

Afterwards, Pilate parades Jesus before the crowd of spectators who've gathered. The whip left its mark. My Lord can barely stand. He’s so bloody and bruised that he’s nearly unrecognizable. They’ve even pulled out the hair of his beard. I stroke my own chin and shudder.

“I find no fault in this man,” Pilate declares. For a moment, I’m hopeful.

Then, the chants begin. “Crucify him! Crucify him!” Religious leaders have incited the crowd with lies. I look at the faces around me. One week ago, they shouted, “Hosanna! Blessed is he who comes in the name of the Lord,” as Jesus entered Jerusalem. Now, they call for his death.

“No!” I cry through angry tears. But, my voice is drowned in a sea of vitriol. Pilate bends to the will of the people. Jesus is sentenced to crucifixion.

Is this really happening? How can I stop it? I’m just one man. I wish Peter was here. He’d think of something. But, after he denied knowing Christ in the high priest’s courtyard, he walked away, sick with shame.

The cruel procession to Golgotha commences. Soldiers prod Jesus through the crowded streets of Jerusalem. He drags the heavy beam he’ll hang on. Jesus falls. The soldier cracks his whip, but my Lord is too weak from the beatings. I try to push through the people to help him. But, the centurion has grabbed a bystander, a man from Cyrene. He bears the cross up Golgotha’s hill.

On the summit, I feel the “thud, thud, thud” of heavy spikes driven through flesh. Two soldiers hoist the cross and drop it into position. He winces. Then, the Son of God hangs, bloody and naked, between two criminals.

“You saved others. Save yourself, if you are the Christ,” a Pharisee calls out. More hurl their taunts.

I turn away. What is he guilty of—love, compassion, truth? He fed thousands, calmed a raging sea, opened blind eyes, and even raised the dead. Jesus, you are powerful. You can stop this madness. Why don’t you? Please come down off that cross and heal yourself. We need you. I need you! 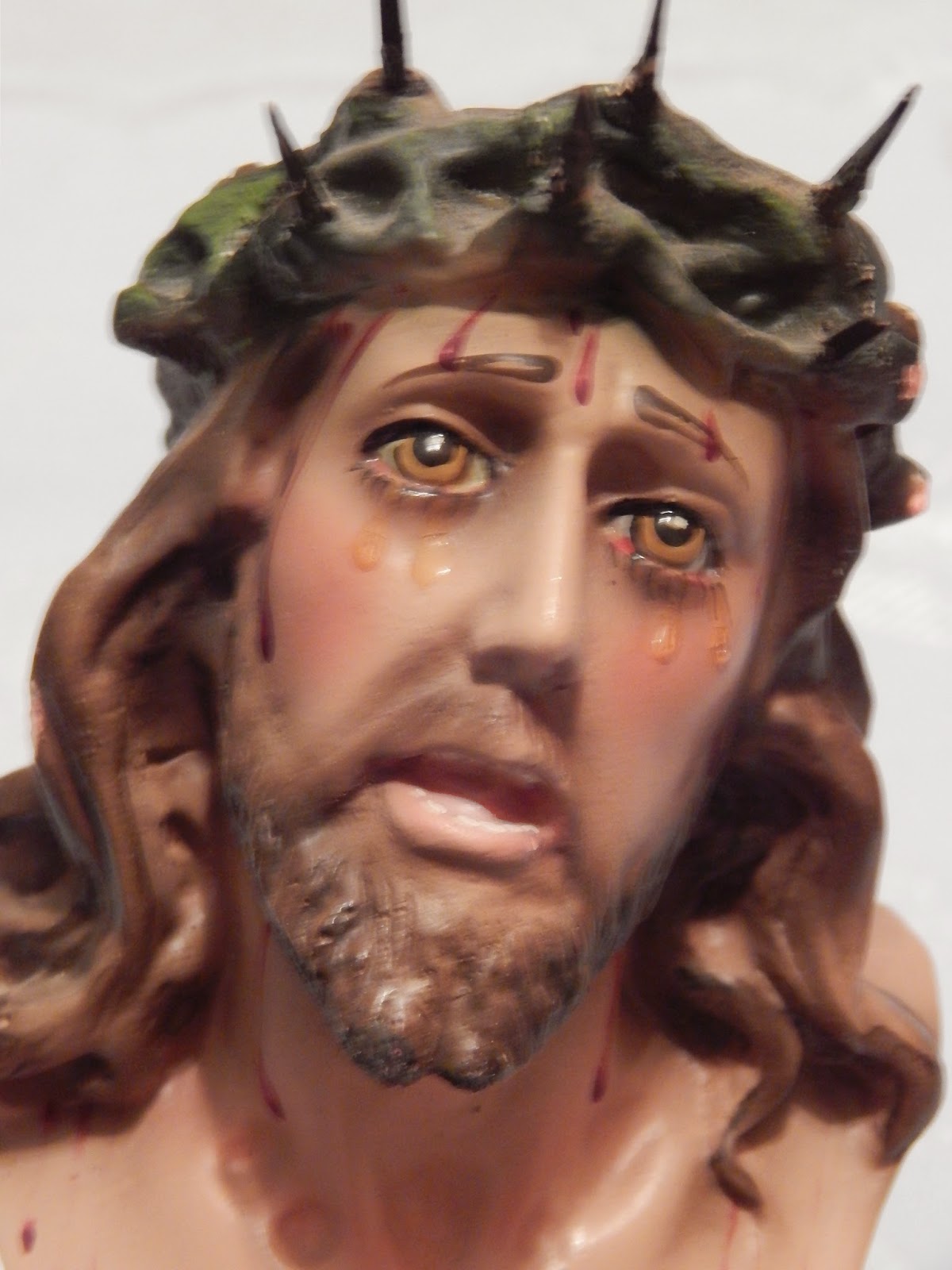 I turn back and search my Lord’s face for answers. I find only suffering, sorrow, resignation.

His words come echoing back:


“The Son of Man must suffer many things and be rejected by the elders, chief priests and teachers of the law, and he must be killed ...”[4]

But, why? Why must you suffer and die? I don’t understand.[5] How can this be the Father's will, the Father's plan?

At midday, the sky goes black. Spectators walk away, spooked by the strange occurrence. I remain. Jesus is more than my Lord, he’s my friend. I hope my presence brings comfort. I see his mother Mary among the women. I go and stand beside her.

Three hours pass in darkness. The creation itself is mourning. Jesus can barely draw a breath. It won’t be long now. He looks at Mary. “Dear woman, here is your son.” Then, says to me, “Here is your mother.”[6]

I nod. I can’t force words over the lump in my throat. He knows my heart. Yes, Lord. I’ll do whatever you ask. I’ll care for your mother.

“I thirst,” he cries. A sponge is raised to his lips. He swallows. Then, whispers, “It is finished.” His head drops.

At that instant, the ground begins to shake. Women cry out. Rocks break apart. A few long minutes and it’s over. The sun returns to its afternoon brightness. A centurion beneath the cross says,

I walk Mary home in silence. The streets of Jerusalem are crowded with pilgrims for Passover. People scurry by, laughing and talking. I want to grab them and say, “Don’t you know what happened today?”

At a friend’s house, I find Peter and the others. They double-bolt the door behind me. I give a detailed account. Tears flow. Afterwards, it is strangely quiet. We've served together with Jesus non-stop for three years. Suddenly, there’s not one thing to do. What happens now? How do we go on without him? I’m too tired to think. I go to bed and pray that morning never comes.

After a gloomy Sabbath, early on Sunday we’re eating breakfast when frantic knocking interrupts us. Fear blankets the room. Have the temple guards come to drag us away?

“Open up! I have news.” It’s Mary Magdalene. She’s breathless from excitement. “I've seen the Lord!”

At home that evening with the door securely bolted, Jesus appears in our midst. He says, “Peace be with you! As the Father has sent me, I am sending you.”[8]