August 28, 2014
Welcome to Real Life. Our parentage affects us, for good and for ill.

His mother was a prostitute. Because of this, Jephthah’s brothers drove him out of his father’s home in Gilead. He settled in Tob. There, he grew into a mighty warrior with a following of angry young men.

When the Ammonites attacked, the men of Gilead needed a mighty warrior. They called on Jephthah. The Spirit of the Lord came upon him and he went out to meet the Ammonites in battle. But first, he made a bold and foolish vow:


If you give me victory over the Ammonites, I will give to the Lord whatever comes out of my house to meet me when I return in triumph. I will sacrifice it as a burnt offering.[1]

Israel won. But, it was not due to Jephthah’s vow. God is sovereign. His will is not dependent on man’s promises. No, God had already raised up Jephthah to deliver Israel.

When Jephthah returned, his virgin daughter—his only child—came dancing out to meet him. At this point, he could have humbly admitted he made a rash vow and paid the substitution allowed by Levitical law[2]. But, he did not. Instead, he gave his daughter two months to roam the hills and grieve with her friends. Then, “he did to her as he had vowed.”[3]

Later, under his leadership, 42,000 Ephraimites were slain over a mispronounced word. Jephthah ruled only six years. Then, he died. Violent men tend to live short lives. 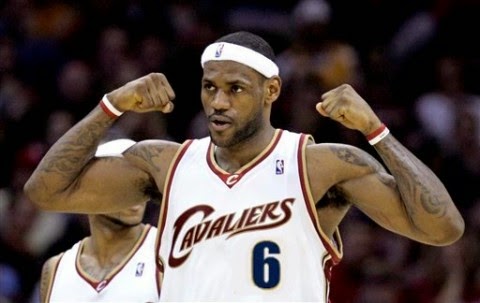 Our parentage affects us—for good and for ill. It doesn't have to define us.

LeBron James was raised in a poor, single-parent home. He excelled in basketball to become the biggest star of the NBA. In 2010, his arrogance in “The Decision” to leave the Cavs caused fans to burn his jersey. Recently, LeBron humbly admitted his mistakes. He’s coming home. We welcome him with open arms. His parentage affected him. It hasn't defined him.

My parents were immigrants with funny accents. So, I grew up feeling less-than the all American kid. To measure-up, I developed an unhealthy perfectionism. Today, I am proud of my parents and my Slovak heritage. However, at times, I still struggle with perfectionism. And, my sons have suffered under it—for good and for ill. My parentage affects me. I try to let it define me in positive ways.

Above all, I hope that I am defined by my spiritual parentage. I am a daughter of the King!

Help me, dearest Father, to reflect your character.
Even though I fall short,
thank you for loving and welcoming me with open arms.