Showing posts from November, 2012
Show all

Be Perfect | Sermon on the Mount

Welcome to Real Life. What does perfection look like?

Be perfect, therefore, as your heavenly Father is perfect.[1]

Jesus gave this command in his Sermon on the Mount. But, no one is perfect. So how can I live this out? What is God's idea of perfection?

For years, I battled perfectionism. (I still do at times.) I keenly felt my imperfections. I felt “less than,” like I wasn't quite as good as everyone else. Because I misinterpreted Jesus' words, I let them fuel an unhealthy drive for perfection. I tried to look flawless: I didn't drink or smoke or swear. I dressed well. I kept a clean house. I was always at church. I prayed and studied and volunteered. I attempted to fulfill everyone’s expectations.

Yet the harder I worked towards perfection on the outside, the harder my heart grew on the inside. I was slowly evolving into a Pharisee, a hypocrite. Instead of “less than,” I began to think I was “more than.” Who else was trying so hard? Who else was serving to exhaustion? …
6 comments
Read more

What's Your Name? | People are Important 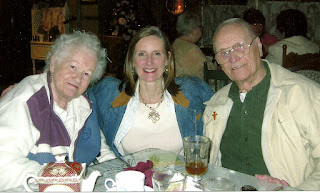 Welcome to Real Life. This Thanksgiving, I’m grateful for a simple lesson my mother taught me. She left this world for heaven on November 4, 2012. In planning her funeral, our family reminisced about mom's unique characteristics. My sister and brother both mentioned her fearless ability to speak to total strangers. I often witnessed this “gift.”

The last six years of my mother’s life were lived from a wheelchair. Her left leg was amputated due to poor circulation. Mom’s disability limited my parents’ mobility. Therefore, to get them out of the house, every Tuesday I’d pack them in my car and we’d run errands and go to lunch.
These outings often began at the grocery store. After shopping, the three of us would get in the cashier’s line with our cart. As we approached the register, Mom would suddenly smile. I knew what was coming. The clerk would be engrossed in her work, barely aware of our presence. Mom would look at her face and boldly announce, “Hi, I’m Mary! What’s your name?”
T…
4 comments
Read more

Welcome to Real Life. I've often considered researching my genealogy.  It'd be exciting to find an ancestor who was noble or famous. But what if I found scoundrels or a murderer?


Matthew’s gospel begins with the genealogy of Jesus Christ. It includes four women (in addition to his mother Mary).[1] In the patriarchal society of Jesus’ day, it was unusual for women to be named. In addition, three of the four are gentiles. Jewish culture prized ethnic purity. Gentiles were despised. By including these women in his genealogy, Jesus illustrates an important truth:  In Christ, we are all equal.
For you are all children of God through faith in Christ Jesus. And all who have been united with Christ in baptism have put on Christ, like putting on new clothes. There is no longer Jew or Gentile, slave or free, male and female. For you are all one in Christ Jesus.(Galatians 3:26-28 NLT)Even more surprising are the stories behind these four names: 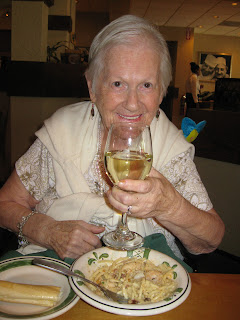 Welcome to Real Life. What was real life supposed to look like before our world was broken by sin? The final chapters of Revelation give us a glimpse.

The theme of the Bible is redemption – God calling man back to himself - restoring the relationship that was lost. We were created to know and live in the presence of our Heavenly Father. Adam and Eve walked with God in the garden. But, when they chose to sin – that sin separated them from a holy God. So he sent his Son to pay the penalty for that sin on the cross. When we accept Christ’s sacrifice, we are cleansed, forgiven, and clothed in his righteousness. We can once again enter the presence of our holy God. The lost relationship is restored.

However, we still live in a sinful world. Even though I follow Christ, I still stumble and fall into sin. My perfect relationship with God is not perfectly restored … yet. In this broken world, I can’t always see God. I can’t always feel his presence. It can be like trying to make out his feature…
4 comments
Read more 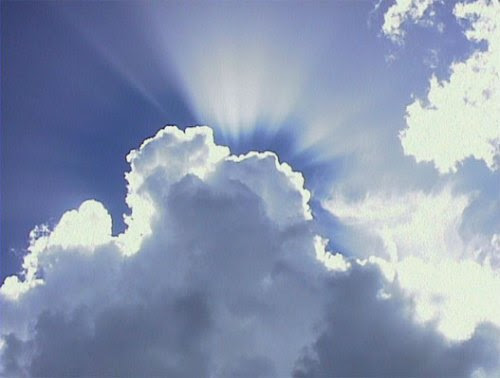 Welcome to Real Life. Hallelujah! “Frankenstorm” has passed. After seven days of solid rain in Cleveland, the sun is shining.  We persevered, we overcame, we survived!

Hallelujah! Finally, the catastrophic storm is over and the sun is about to break through the clouds. The world has endured seven long years of tribulation, destruction and pain. It is time for the final battle to be fought. In his vision, the Apostle John hears the roar of a great multitude,
Hallelujah! For our Lord God Almighty reigns.
Heaven opens. The Son of God appears with his heavenly army:

There before me was a white horse,
whose rider is called Faithful and True.
With justice he judges and makes war.
His eyes are like blazing fire, and on his head are many crowns.
He has a name written on him that no one knows but he himself.
He is dressed in a robe dipped in blood,
and his name is the Word of God.
The armies of heaven were following him,
riding on white horses and dressed in fine linen, whi…
Post a Comment
Read more
More posts