Showing posts from December, 2012
Show all

Welcome to Real Life . A man once asked Jesus, “ Who is my neighbor? ” He basically replied, “ Everyone .” Anyone who shows mercy to someone in need is their neighbor. [1] My father has lived in Slovakia, France, Brazil and America. Yet, for a few years this world traveler was afraid to board an airplane. During one of those years, mom arrived alone at the Cleveland airport for our Christmas visit. Dad stayed home in Daytona Beach. On New Year’s Day, she called to check in on my dad. He told her this story: The afternoon of New Year’s Eve, my father had been out running errands and was waiting for a bus home. Being a friendly guy, he struck up a conversation with a stranger at the bus stop. The man had fallen on hard times. He was homeless. Since dad was on his own, he invited the stranger to have dinner with him. They rode the bus home together and dad cooked his whatever’s-in-the-fridge goulash for supper. After eating, they spent the evening watching TV. Eventually
7 comments
Read more

I Desire Mercy, Not Sacrifice | Matthew 9:13

Welcome to   Real Life . The Pharisees believed they were serving God by zealously keeping the law, down to the last detail. Yet in doing so they trespassed the spirit of the law. They made sacrifices, but lacked mercy. Following Christ involves sacrifice. Some are huge: a missionary leaves everything to proclaim the Gospel in a foreign land. Some are small: waking early to pray, giving to those in need, or assisting in a ministry. Do I feel the sacrifice? When I write that check, am I focused on the money I will no longer have or the need I am able to help meet? In 2006, my mom’s leg was amputated due to poor circulation. My dad’s dementia was becoming apparent. They were living in Florida. We invited them to return to Ohio for a three month  period of reh abilitation in our home. It turned into a year, with additional caregiving that followed. This occurred while I was in the final phases of homeschooling my sons. After years of putting my own desires on hold to home educate, I wa
2 comments
Read more 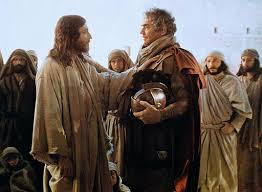 Welcome to  Real Life . Faith. Over and over again in the Word of God, we see the pivotal role of faith. Without faith, it’s impossible to please God. [1]   It seems natural that God’s people would possess the greatest amount of this precious commodity. Yet, that’s not always the case. On an ordinary day during Jesus’ earthly ministry, he is approached by a centurion. The man’s definitely not Jewish. He is a Roman military officer with 100 soldiers in his charge. Though an outsider, he seeks Jesus’ help on behalf of a paralyzed servant who is suffering terribly. The centurion’s request is both humble and bold. It takes humility to admit you need help. It takes boldness to ask. Though he’s tough enough to be a military officer, he’s tender enough to care about someone in pain. His concern moves him to venture beyond his sphere of influence to seek an impossible cure. Jesus is ready and willing to accompany the centurion. But surprisingly, the man stops him. “ Lord, I do not
4 comments
Read more 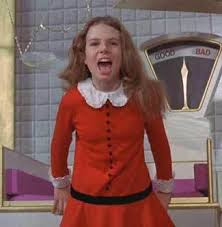 Welcome to  Real Life . “I want it now!” screams wealthy and spoiled Veruca Salt to her father in  Willie Wonka and the Chocolate Factory . I am amused by her over-the-top selfishness. I always feel an affinity with poor Charlie Bucket, not the pampered rich girl.  Yet in reality, I own much of Veruca’s impatient self-focus. I live in a culture that thrives on instant gratification. I order fast food at a drive-through window. And if it’s not ready by the time I pull around the building, I’m annoyed. I earn “instant rewards” on groceries and gas and credit cards that I can cash in almost immediately. If I have to wait longer than a few moments for a screen to load on my computer, I need faster DSL or something! I want it and I want it now!   This instant reward mentality unfortunately transfers to my spiritual life as well. In his Sermon on the Mount, Jesus encourages us to do good works, give to the needy, pray, and fast. [1]  O ur Father in heaven will reward us. The prob
8 comments
Read more
More posts