The LORD Will Fight For You | Exodus 14

August 23, 2012
Welcome to Real Life. There’s a time to stop running from my problems. There’s even a time to stop fighting them. My enemy can be much too powerful to conquer. That’s when it’s time to be still and let God fight for me.

The Israelites have left Egypt and begun their journey through the desert to the Promised Land.[1] God Himself is leading them with a pillar of cloud by day and a pillar of fire by night. (How cool is that?) He directs them to set up camp at the edge of the Red Sea.

Back in Egypt, Pharaoh receives the report that the Israelites are wandering around lost in the desert. He and his officials begin to reconsider, “What have we done? We have let the Israelites go and lost their services!”[2] The leaders of Egypt devise a new plan. They will send all their horses and chariots, horsemen and troops to pursue Israel, take them captive, and lead them back to Egypt. (How quickly they have forgotten the plagues – see last week’s blog.)

Back at the Red Sea camp, someone notices a cloud of dust on the horizon. They soon realize this is no sand storm. It’s the Egyptian army. In fear, the Children of Israel turn on Moses, “Was it because there were no graves in Egypt that you brought us to the desert to die? What have you done to us?” (How quickly Israel has forgotten God’s awesome power in setting them free.)

God commands Moses to raise his staff and stretch out his hand over the Red Sea. The angel of God (who was traveling with them) and the pillar of cloud move from in front of the people to behind them. This creates a barricade between God’s people and the approaching army. All night the LORD drives back the sea with a strong east wind. The waters separate, leaving a dry path. The Israelites venture through the sea with a wall of water on their right and their left. The entire nation arrives safely on the opposite shore.

The Egyptian army foolishly pursues Israel into the Red Sea. Surrounded by walls of water, God releases the sea. The soldiers cry out, “The Lord is fighting for them.”[4] The entire army is swept away and drowns.

Egypt is defeated. Israel has not lifted a sword. God fought for them.

Is there a Pharaoh after you? Is a stubborn problem, person, or addiction pursuing you that just won’t quit? Do you feel trapped with no escape by an enemy too powerful to conquer? Maybe it’s time to stop running and fighting. Maybe it’s time to be still and let God fight for you.


“It is not by force nor by strength, but by my Spirit,
says the Lord of Heaven’s Armies.”[5]

Thank you, Lord, for the many battles you have fought and won in my life. May I never forget your power to deliver me. 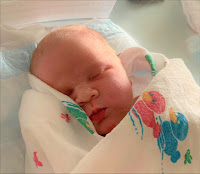 Welcome to Real Life . Before he laid the foundations of the earth, God had you in mind! The beauty of Christmas is not in the presents, but in His presence! We usually start a story at the beginning. For this reason, John doesn’t begin his Christmas story in Bethlehem. Instead, he takes us back to the very beginning, even before the dawn of creation.  In the beginning was the Word,  and the Word was with God,  and the Word was God. The Word became flesh and made his dwelling among us.  (John 1:1,14 NIV Emphasis mine)  Jesus Christ is God! If we miss this, we will never fully embrace the miracle of Emmanuel. Our all-powerful God chose to inhabit the least powerful human form—a newborn babe. [1]  An infant is completely dependent on others for survival. He or she cannot speak, eat, or move without assistance. But does an infant have no power?  Does a baby do nothing? . . . Is it nothing that the baby opens such fountains of love in almost all the hearts around? Was not Jesus going to es
Read more