When my father immigrated to the United States, he was sponsored by Leo and Frances Kramar. The Kramar family once lived in his hometown of Lučky, Slovakia. They had moved to America years earlier and were now well-established. Though not related, we called them Uček and Učina (uncle and aunt).

The Kramars owed my father nothing. Yet, they selflessly gave of their time and resources to help first him (as a bachelor) and then his new family (once he married) settle in America. Uček was kind. Yet, he was often busy helping my father. But, Učina was kind and welcoming. She enjoyed our presence.

The couple owned a neat brick double in an old Slavic neighborhood of Cleveland. To a child, it was an enormous place with endless nooks and crannies to explore. A tiny grove of plum trees grew in one corner of their manicured yard. Another corner contained Uček’s small junk yard of broken-down cars. He even had a dilapidated Model T Ford safely tucked in his garage. The front door of their home opened to a small parlor. Učina kept a box of games for us children there.  We'd play “Pick-up Sticks” or “Old Maid” on the parlor floor while snacking on Mr. Salty pretzels. The room behind the parlor held an enormous dining table. At that table, Učina served our family formal Sunday after-church dinners. Her first course was always polievka (soup, a chicken broth with thin noodles).

It was the 1960's. In contrast to the new mod fashions, Učina appeared as a relic from the turn of the century. Her dresses were plain and cotton, well-worn to a comfortable softness. Her shoes were the sturdy, black-leather nanny type, with a slight heal.

Učina's silver hair was wrapped in a proper bun at the back of her head. One morning after sleeping at our house, she brushed it out in front of the bathroom mirror. She let me watch. Once unwound, her thin tresses fell down the length of her back like an ancient Rapunzel. Apart from fairy tales, I had never seen hair that long. After brushing it, she carefully braided, wound, and secured it in place with wavy bobby pins.  Učina shared her private morning ritual with me.

During another visit, Učina took me shopping.  She did not drive. So, we walked. Though some small shops were close-by, we ventured further to a large shopping center. I was seven. My little legs had never traveled that far. She held my hand while we walked. At one store, she bought me a box of valentines and hard cherry candies. We decided the valentines would be extra-special with a treat in each one. I could hardly wait to hand them out!

My name is Marguerite. But, everyone has always called me Peggi. Everyone, that is, except Učina. She had a special name for me.  She called me Margie.


Though I don’t believe she ever spoke the words,
I knew Učina loved me.[1]


As I grew up, Učina faded into the background of my life like a childhood fantasy. She died before I turned twenty. Nothing Učina did was remarkable, earth-shattering, or life-saving. Yet, her simple acts of kindness made an ordinary little girl feel extraordinary. That little girl was me. 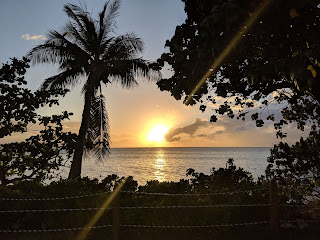 Welcome to Real Life. Let’s talk faith.
Faith is like WiFi.
It’s invisible but it has the power to connect you to what you need.
–Unknown “I’m struggling with faith,” my friend told me. “I want to believe God. It’s not easy.” Perhaps you can relate. I sure can. The good news is we’re not alone. Most of us struggle with doubt from time to time. “Doubt is but another element of faith,” said St. Augustine of Hippo.

Hearing other faith stories can bolster our own. It’s the theme of Hebrews 11. But first, the chapter defines faith.
Now faith is confidence in what we hope for and assurance about what we do not see.
Hebrews 11:1 NIV We do not see God. Yet, we can be confident he exists. Though we don’t see his person, God leaves evidence of his existence all around us. Love, joy, and peace are all very real—though physically unseen. Their presence reveals a humanity created in God’s image. Physical evidence abounds as well. Sunset on the beach, the first flowers of spring, a baby’s smile…
Read more